By The Unsaintly Queen, Lisa VasquezDecember 4, 2017

Sylvia Stein is a published author with several anthologies with her Writer’s group 750 on LinkedIn. Stein obtained a Master’s Degree in Creative Writing and English from Southern New Hampshire University this past July 2015.   She is a mother of three beautiful children Paul 10, Michael 9 and Consuelo 6.   She resides in the city of Fuquay Varina with her amazing husband Jeremy.  Stein has also published two solo books one was her first novella Closure which she worked on while attending SNHU and published in July of 2014 and the other her first YA Chasing Clarity was published this past October 2015 and it was created during National Novel Month (Nano) in 2013.    Her latest book is entitled, The Diary of a Broken Father which came Out in February 2017.     Her new thriller which she has been working on since 2014 will be out Late 2018 and is entitled, Battered Mind.

Sadie Martin Carlyle is on trial for the murder of her husband Dante Caryle. She claims she killed him in self defense and that he was a monster. She was a battered woman and if she had not defended herself he would of killed both their young daughter and her.  In short, She feared for their lives.

However, there is more to this case than meets the eye. Sadie Martin is not your typical woman. Her family consists of her Criminal lawyer father Jackson Martin from Atlanta and her mother Barbara Reece Martin is one of the main leaders of the Southern Belles of Atlanta.

From the very start, there are secrets that are hidden that no one will see coming. Sadie’s story will take the reader through a very emotional journey throughout. Once the case begins, everything you think you know about what happened between Sadie and Dante Carlyle will have you asking many questions and is everything being said the truth? 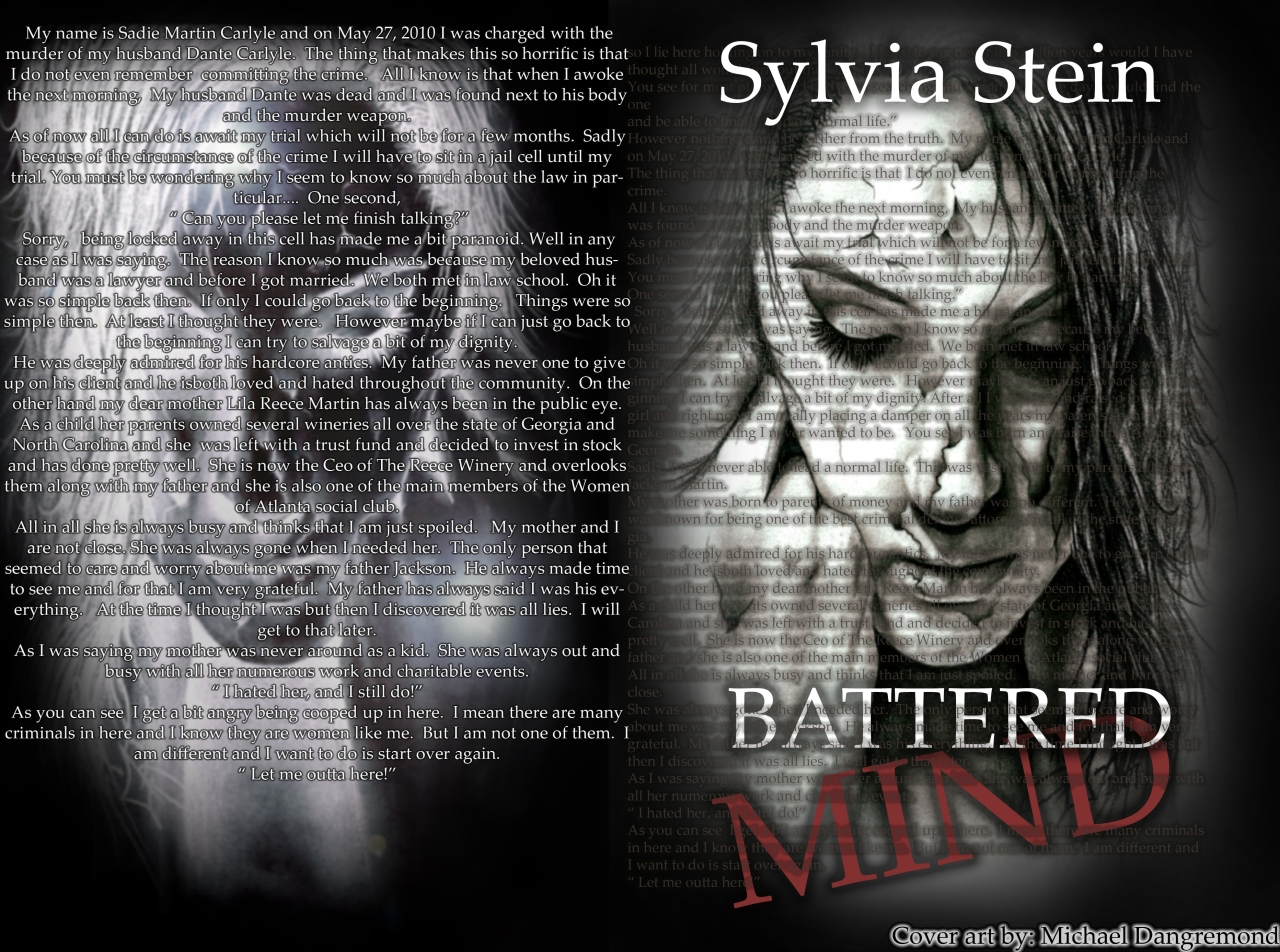 Hello my name is Sylvia Stein and I am an Indie Author.   I have exciting news.  This week I am doing the cover reveal of my book which I hope will be released in late 2018.    I have been working with this book for awhile.  It is a story I have been doing extensive research one and because of the topic I am covering I want to be sure I do it justice.  It is a work of fiction and for today I will be revealing the book cover which was designed by the very talented and amazing Michael Dangremond  and his title of his art work the cost of love.   When I saw this portrait I immediately saw what I was looking for for my main character of Sadie Martin Carlyle.   The title of this my first thriller is Battered Mind and I hope you all enjoy the cover reveal.   I absolutely was blown away by it.  I hope you are too!  Thank you for your help in the cover reveal.   I do appreciate it so much.

Thank you so much,